I was sat in the office waiting for my delivery from Air Arms, all I knew was they were sending me a new air rifle to test out and review, as many of you know I am a huge Air Arms fan and have been since 1989 when I fell in love with the then at the time top of the range Air Arms Camague side lever, so as you can imagine I was more excited than a polecat faced with a rat at the anticipation of what they were sending me. ​

I was a little preoccupied as I had a mechanic here looking at the van as it was playing up, the delivery driver pulled into my car park and the butterflies started, I was like a kid on Christmas morning waiting to rip open the wrapping paper to see what Santa had got me.

The box opening, we did a video of this and I telle it does not show how excited I really was, well bowl me over side ways The air Arms gang really know me well, they know I love the .22 caliber and they know I love good ole wood stocks, none of this plastic rubbish for me I love traditional wood even with a modern twist, well out I pulled the awesome Air arms Galahad, I had wanted to have a good ole go with this ever since its release and I got to use it on an Air Arms range at a game fair.​

I put a Vortex scope on it to start with as I was waiting for Deben to send a hawk scope along to go with it, I had it zeroed in 3 shots and by 5 shots I was putting pellet on top of pellet at 30 yards, I could not wait to get out on my pest control rounds and take this beauty for a test drive on the local vermin population, alas the weather here has been so bad from freezing fog to monsoon weather. 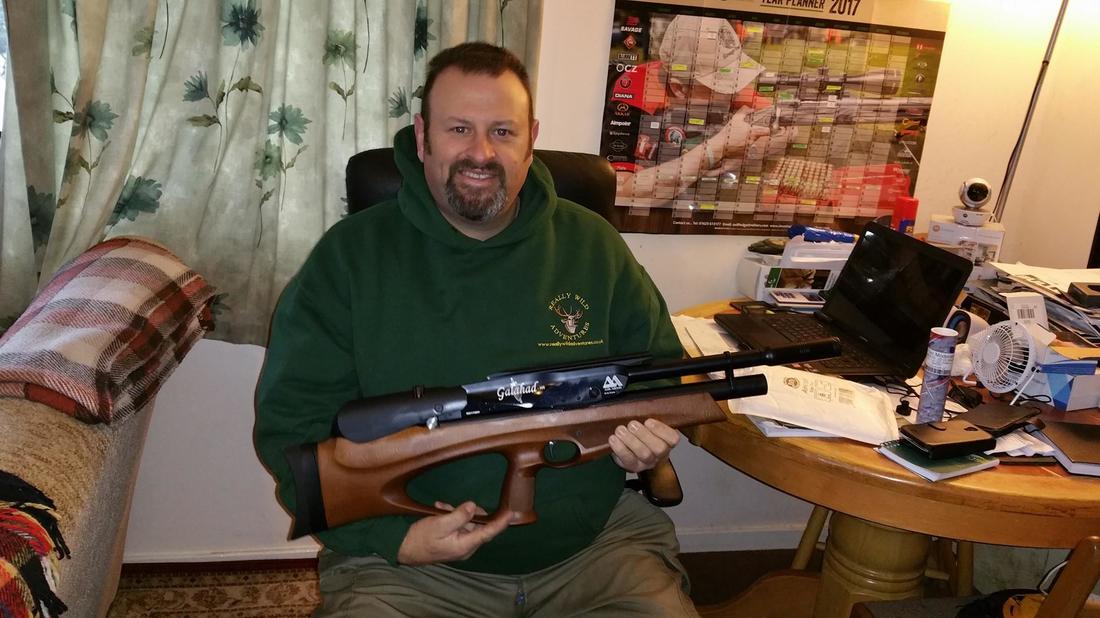 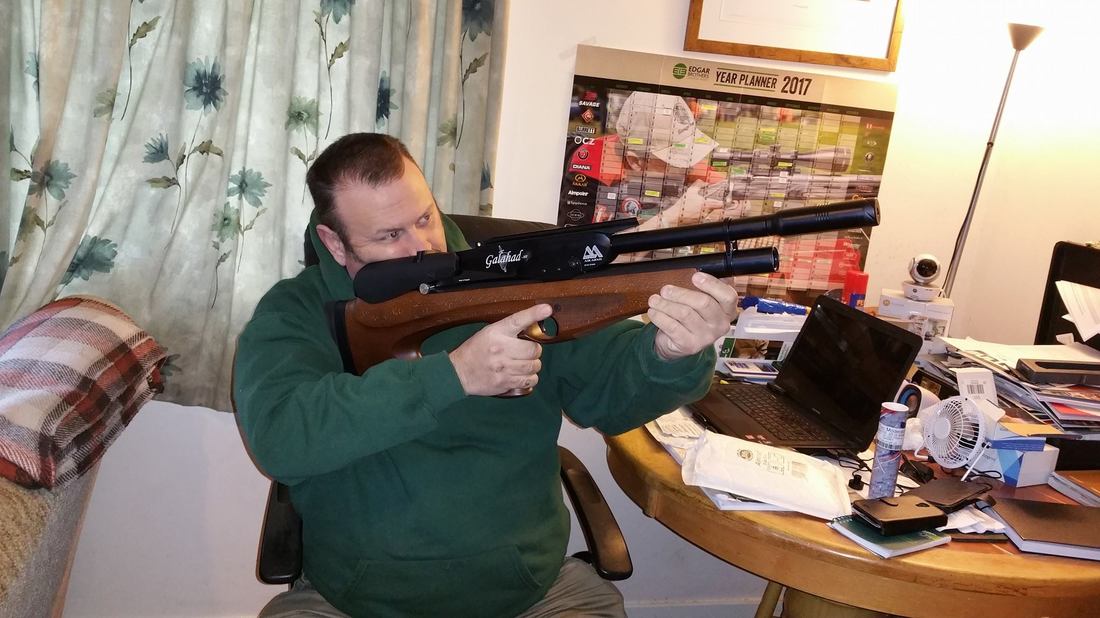 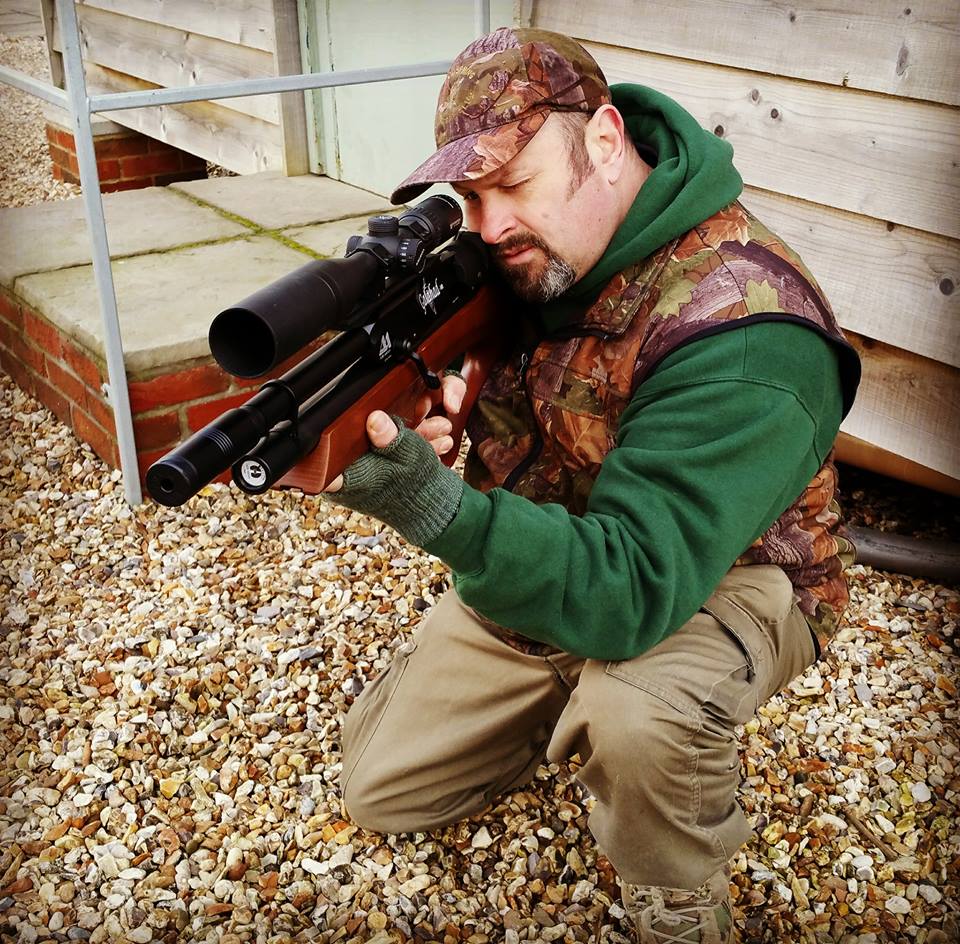 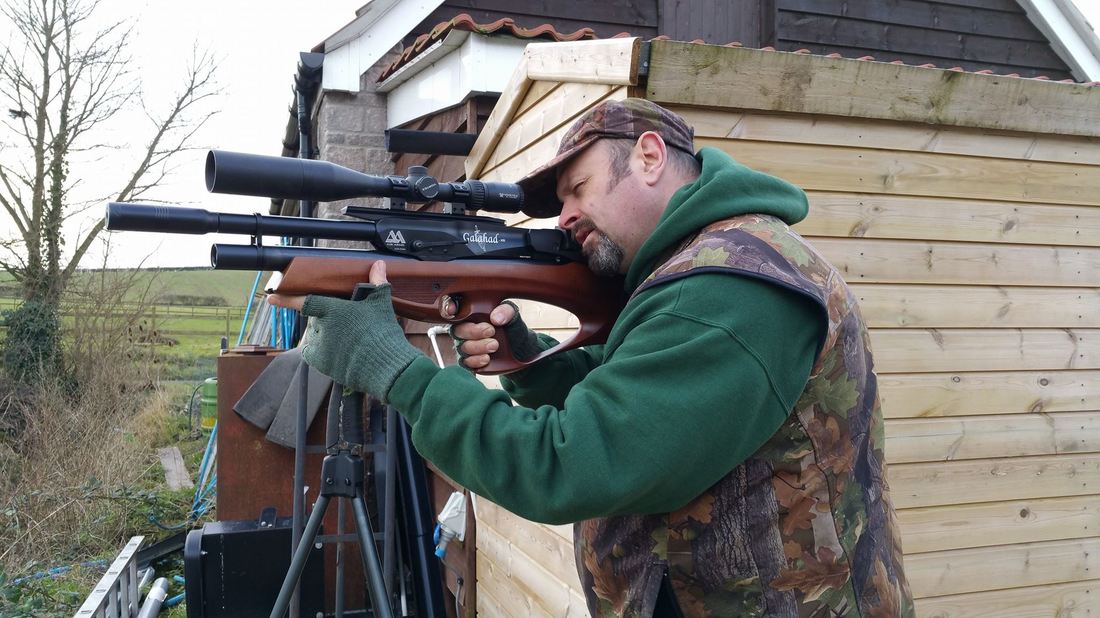 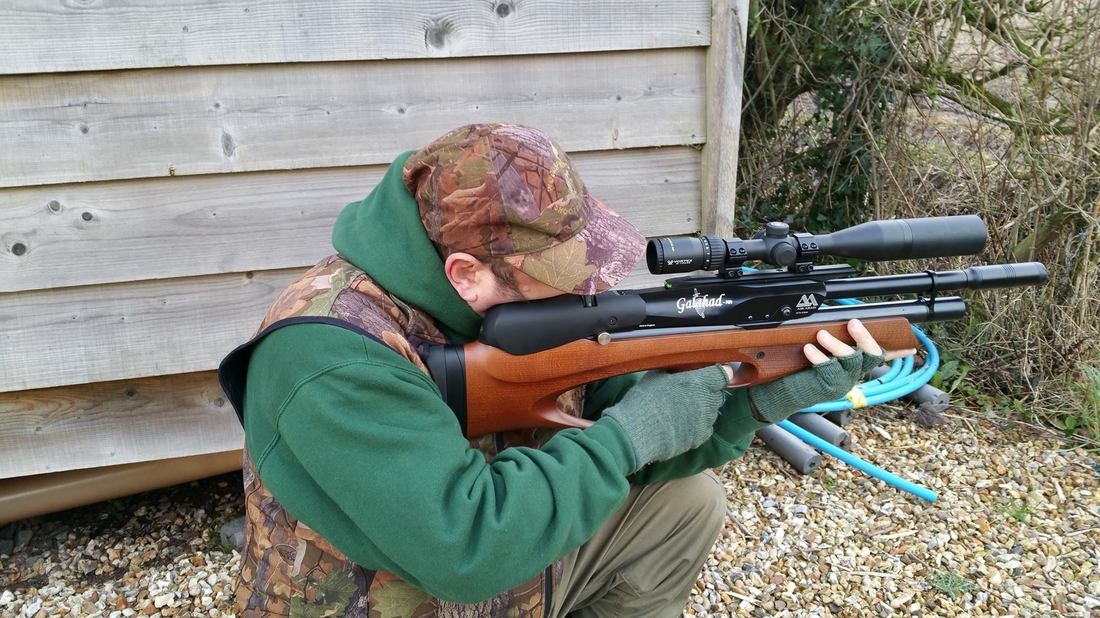 I did manage a couple of outings, but has yet had the chance to get out on the rabbits and really put her through her paces, I will have to write about that in part 2 of this article series, the first job was moving some pigeons off a rape crop right next to a main road, the 2nd was in the grain mills dealing with feral pigeons and the 3rd was on a rat job at an agricultural education center, alas I completely forgot to get the pics of the ratting one as I was so busy shooting the scaly tailed ratticusses.​

Like I say after the initial zero we went out to move the pigeons off the rape seed crop, we had to use an air rifle as it was right next to a major busy main road, also I had to shoot from the truck, the shortness in length of the magnificent bull pup Galahad made this perfect for the job in hand, she performed flawlessly putting wood pigeon after wood pigeon in the bag, she never missed a beat as smooth as a well oiled machine. 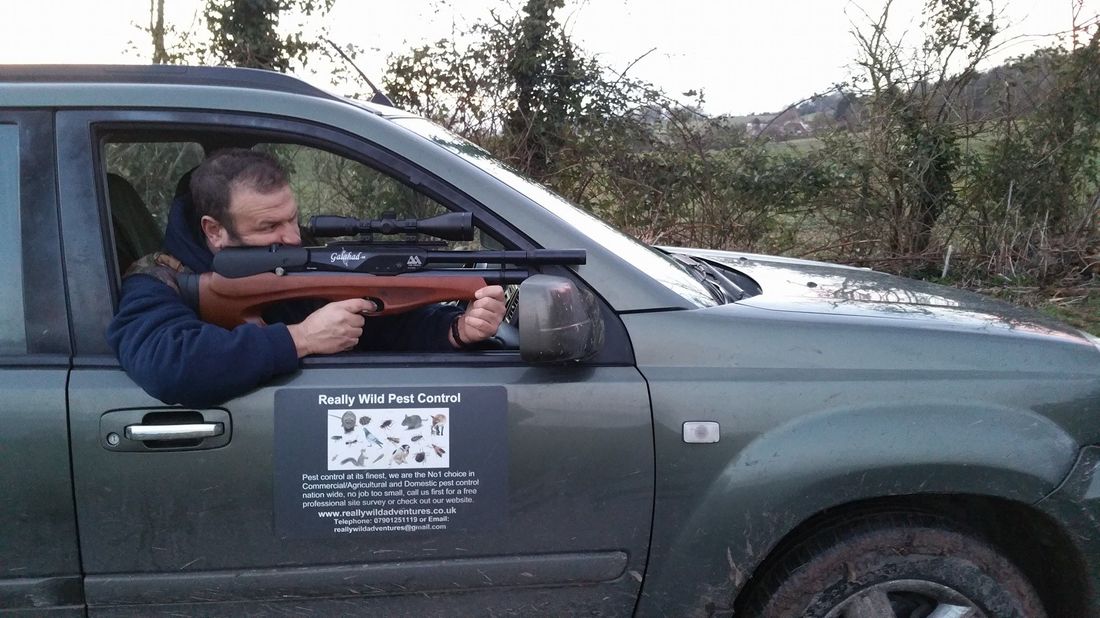 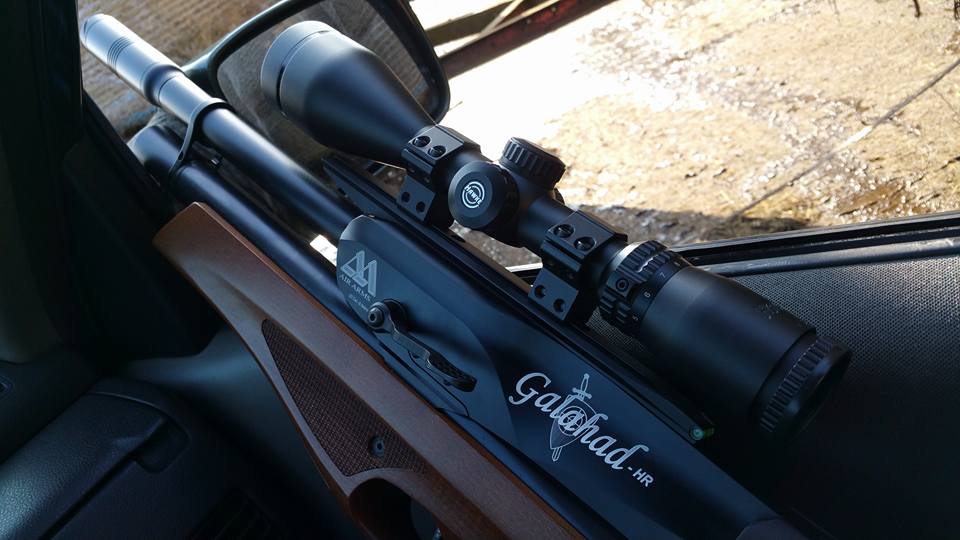 Only one niggle I have for this gun and it is only a little one and how I have to adapt my shooting technique to work with this gun, you see I love the cocking system of this gun, none of this try and cock the gun by your ear nonsense, no its dead easy with a thumb right at the mid drifts section of the gun, what I love about the cocking system I also dislike a little, you see as a target it shooter this matters not, but for a pest control professional like myself its a niggle, the cocking leaver is easily his of cocked position with your jacket arm etc, it drops down turning the air off, so after stalking in as close as you can without being seen by the beady eyed vermin you go to take the perfect shot, this is when it goes CLICK and noting happens, the vermin give it the Billy Big steps and is gone in a flash, that’s my only niggle about this other wise awesome work of art from Air Arms.
​ 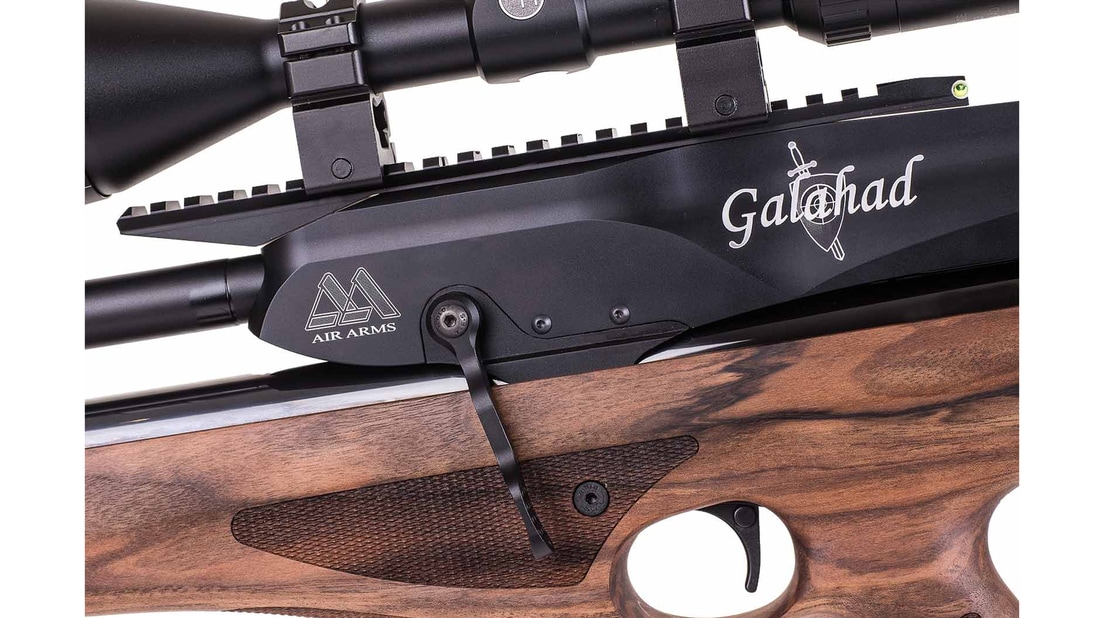 The next trip out I had to re zero as I had to take the Vortex scope off as the Deben Hawk ones had arrived, again the zero was achieved quickly and flawlessly, we headed to the grain barn to deal with the feral pigeon/collard doves etc, again this air rifle performed like a dream everything I pointed the gun at fell stone dead, in fact it got to a point when the heavens opened up and I took shelter in the barn, it was almost unfair on the vermin as I just could not miss with this gun, again the video that is with this article really does not do it justice, even my beautiful Labrador Brook had her work cut out retrieving all the kills.
​ 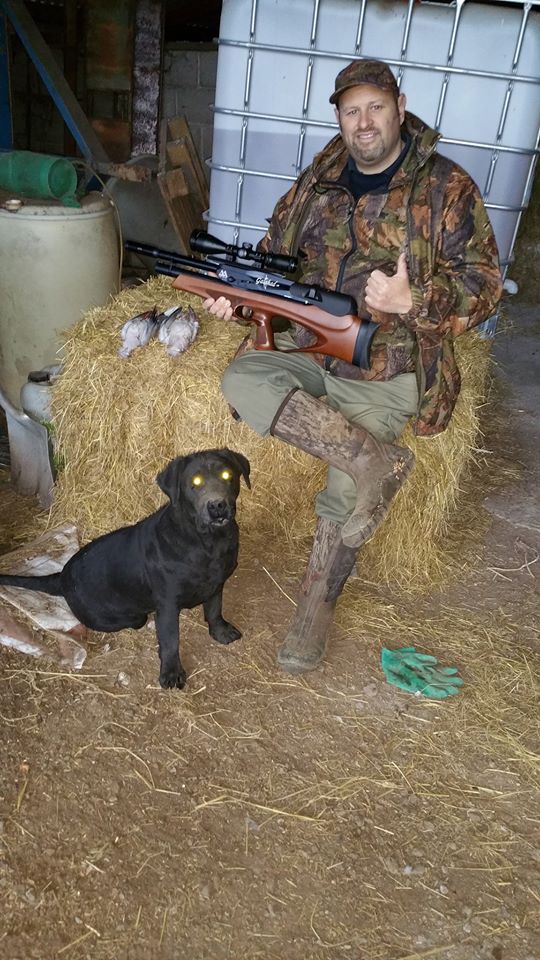 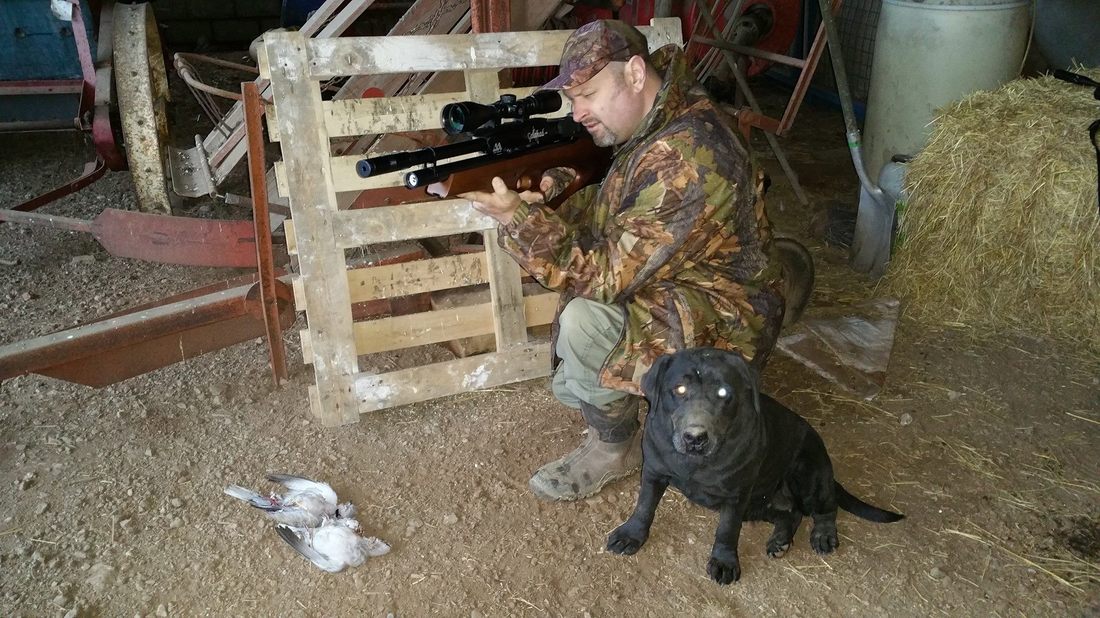 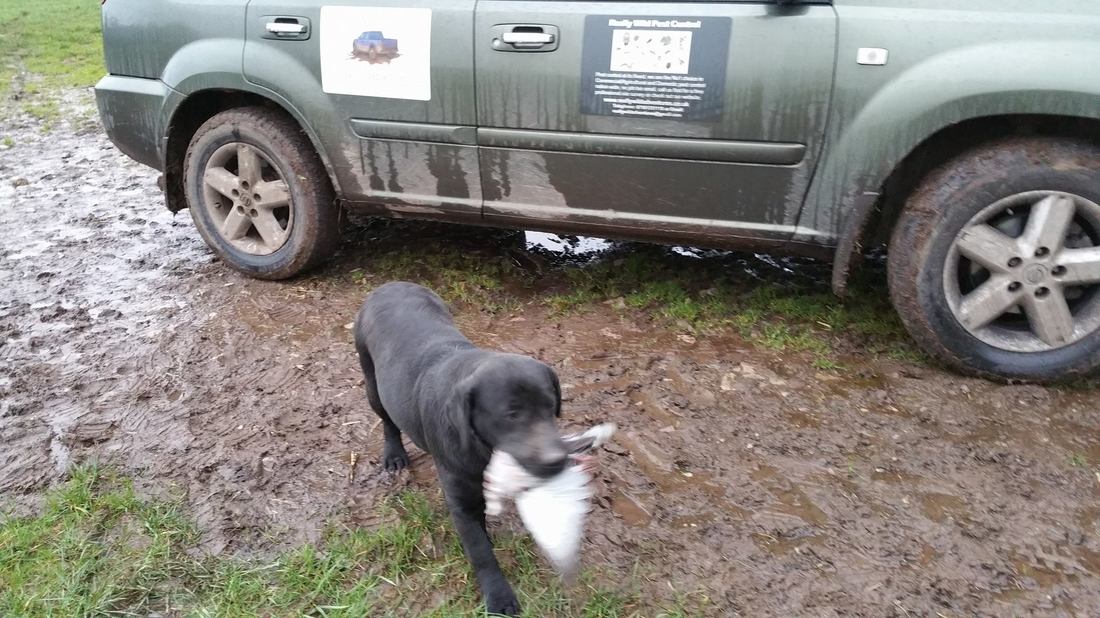 The next shoot was a rat job at an agricultural education center, the rats were coming out in the pitch black, so I mounted the awesome Night Sight Eagle onto the Galahad/Hawk scope deadly combo, I really must say I was having a lot of fun using this rifle combo and that’s why I forgot to take pictures of the rat hunt, I will get some again as I have vermin control work coming out of my ears barely being able to keep up. 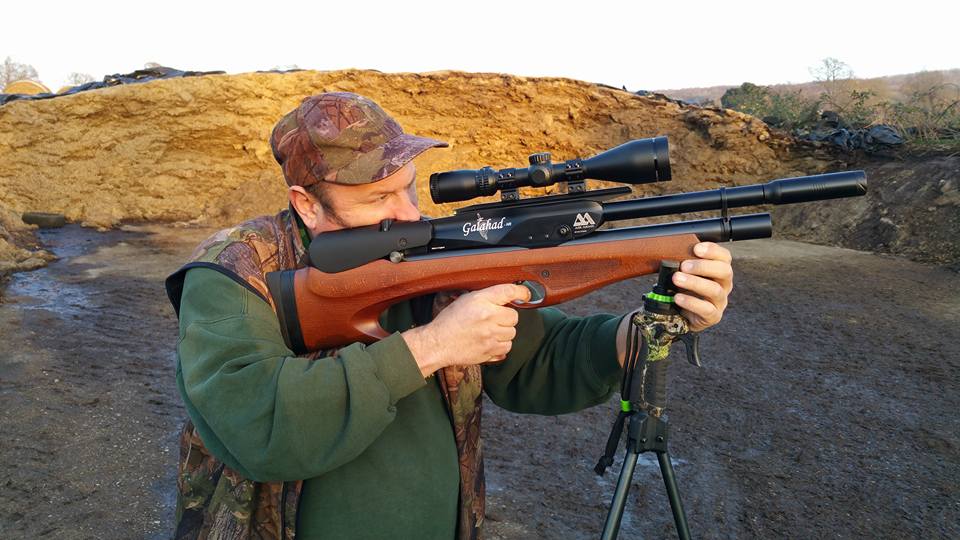 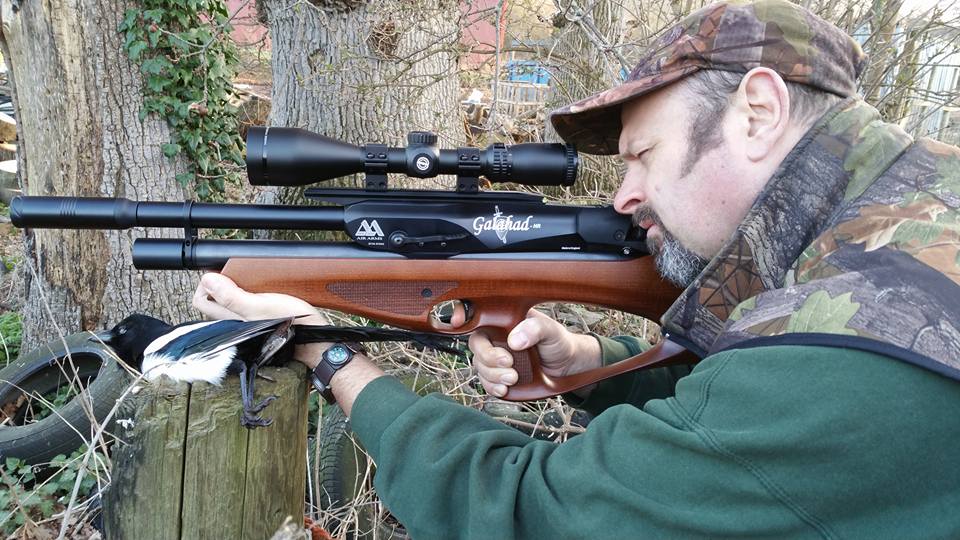 Well until the next article, I hope you have enjoyed reading this one, I say it how it is none of this technical mumbo jumbo from me, its got to do what it says on the tin for me and the Galahad punches every ticket in my book weather a serious target shooter a fun shooter or a pest controller weather amateur or Professional, oh yes before I go I used a multitude of pellets in her and all were good but as always the Air Arms .22 5.52 came out the best accurate and deadly, and like I say the only niggle I have found so far is the cocking lever, watch the video I explain further in that, so until the next installment may I say proper job mucker and you all have a good one.​

By The Ole Hedge Creeper
www.theolehedgecreeper.co.uk